Both .NET and the Angular platform continue to play a critical role for enterprises across the world. The web and its surrounding ecosystem continue to evolve at an accelerating pace. Every day developers are asked to build applications that are more focused on successful outcomes for users. At the same time developers have to contend with an explosion of new technologies and techniques for building these rich and engaging experiences.

This book is a fantastic guide for intermediate and advanced developers who want to expand their skills and who want to be a part of the future of the web. There are a lot of challenges and hurdles to building full-stack applications that are engaging, reliable, maintainable, and extensible. This comprehensive guide covers everything a developer needs to know to apply their existing skills to building end-to-end real world applications.

By covering the entirety of the process, from first setting up a new project in the right way to developer operations concerns such as capturing and logging client-side errors that real users encounter in production, this book ensures that developers will be prepared with all of the best practices they need to be effective, and it ensures that developers will be prepared to deal with the complexity and ambiguity that are inherent in software development.

Many of the the skills and techniques covered here are timeless, and will serve developers well as they stay productive in the constantly changing world of technology.

Over the years, web apps have been successful in replacing desktop apps due to many advantages. Web Apps can be easily updated, deployed and they are not bound to a single platform. As technology improved, the need for better user experience increased. And this need gave birth to one of the most important development pattern called “Single Page Application Development”.

Single Page Applications are built for the web that offer more dynamic interactions resembling native mobile, tablets or desktop apps. As the user navigates through the application, the page does not reload rather new content is shown on the same page asynchronously. This enhances user experience. SPAs have been around for many years now. And over the years, SPAs have seen a wide-range adoption in the industry. As SPAs became more popular, many JavaScript Frameworks came into existence that help you write clean and well-architected JavaScript/TypeScript code.

Take a noun, add .JS to it and you probably have a framework that exists. Out of those many open source JavaScript frameworks like Angular, React, Aurelia, VueJS, BackboneJS and others. Google’s Angular Framework has been one of the hottest client-side technology in the recent years and has seen the most attraction in the developer community. Angular is also the most preferred SPA framework in the Enterprise till date. Due to some limitations in its predecessors, Google decided to rewrite Angular Framework from scratch and came with Angular 2 commonly known as Angular, that gave developers the flexibility to create modular, testable and easily maintainable apps. Recently in January 2018, Angular v5.2 was released.

To spice up these SPAs with data, there has to be a server-side technology that renders data to these SPAs. One such web development framework that saw a huge developer interest is ASP.NET Core. ASP.NET Core is a much leaner version of ASP.NET Framework that allows developers to create modular next-generation web applications. Some of the benefits include extensive support for latest JavaScript Frameworks, combined MVC and Web API Support, full support for .NET Core and .NET Standard, new project templates, new Razor Pages support, backward compatibility to run on .NET Framework 4.6.1 and much more, that enable developers to build next generation cloud-friendly APIs and web applications.

ASP.NET Core promotes industry standard best practices and has built in dependency injection mechanism. It has a lightweight, high-performance, and modular HTTP request pipeline. It also came up with easier dependencies and better CLI and Visual tooling that give developers a smooth development experience.

Now that we got a brief introduction about SPAs, Angular and ASP.NET Core, you might be interested to learn how to use these technologies together to build some awesome apps. Here’s introducing our new e-book “Building Single Page Application Using ASP.NET Core & Angular” that covers many client-server side technologies like ASP.NET Core, Entity Framework Core, Web API, Angular, HTML5 and covers many industry standard best-practices like Repository Pattern, Unit of Work Pattern, Responsive design principles, Solid Principles, Design Patterns and much more…

This eBook is written by two most well-known and active members of the community - Mr Chander Dhall and Mr Rahul Sahay. The eBook is currently available on Amazon

Authors of this eBook: 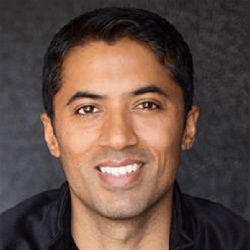 Chander Dhall (US): He is an awarded Microsoft MVP, Google Developer Expert and world-renowned technology leader in architecting and implementing solutions. He's not only rescued software development teams, but also implemented successful projects under tight deadlines and difficult business constraints. His company has a proven track record of not just saving the client millions of dollars, but also providing an expedited delivery time. Chander's team of experts are internationally-acclaimed speakers in top technical conferences in the world.

As a Microsoft Azure Advisor, ASP.NET Insider, Web API Advisor, DocumentDB Advisor, and an MVP for Visual Studio and Development Technologies, Chander has insight into new releases on technologies used by millions of developers. His critical advice, impeccable vision, futuristic strategy backed with creating and establishing best practices in the industry are some of the reasons for his unparalleled success.

At the same time, he's a voracious and highly-respected speaker. Chander is known to elucidate critical and complex concepts while making them easy to understand. He's one man who can talk to anyone from a junior developer, a senior architect all the way to an executive and knows how to speak their language. He has utilized his amazing business sense having started a company with zero funding and turned it into a multi-million-dollar company in less than two years. 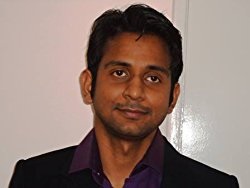 Rahul Sahay (India): He is a Microsoft MVP specializing in Web technologies and a technical fellow at Kongsberg Digital. He has been working in various aspects of the software development life cycle for more than 9 years, focusing on web stack development. He has been part of software development in different applications, ranging from client applications to web services to websites. As a code junkie, Rahul loves to craft software, not only he enjoys writing software, but he loves sharing his knowledge via his blog. He also speaks at conferences, web camps, and code camps.