HACKMIT 2018, Cazton CEO to Act as Judge at Harvard and UT Austin Next

This past weekend, Chander Dhall, CEO of Cazton Inc., was invited to be a judge and mentor at the HackMIT event in Boston, MA. This incredible, annual event brought more than 1,000 computer science students, 176 teams, into the same room to spend a weekend creating some of the most innovative apps--all imagined and created by undergraduate college students from all over the world, in the span of just 24 hours. 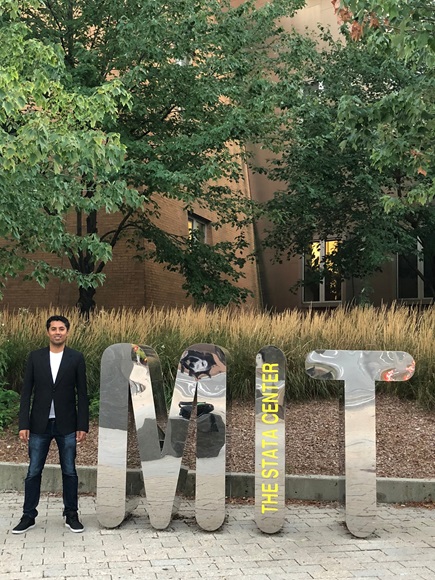 The hackathon was sponsored by some of the most noteworthy names in tech: Microsoft, IBM, Google, Facebook, and others like RBC (Canada) and Nasdaq. The teams worked ferociously through the weekend, some not even stopping to sleep, racing to create something spectacular from scratch. MIT had its own tech tools to run the hackathon to handle things like the students’ IT tickets, coordinating the judges, mentors, and schedules (all open source), which made the weekend flow all the more smoothly. 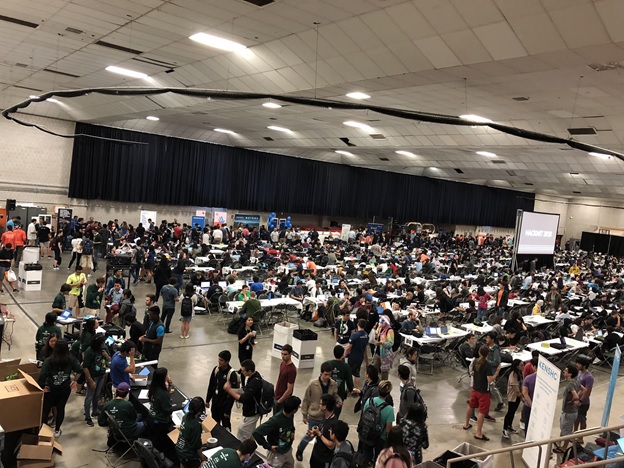 Kudos must be given to Microsoft for its great team and dedication to open source materials, as well as the awesome swag they handed out. Many of the coding teams used Microsoft technologies during the hackathon as well, and were excited to see that Microsoft not only owns Xbox and Skype, but brought them out to the event to get the teams hyped for the weekend. All of these factors and more is the reason that the HackMIT is one of the most successful and renowned collegiate tech events in the world.

There were many projects that stood out, many being worked on by teams of only two to four people. They used complex methods of sentiment analysis, video transcription, audio to text, and emotion analyzation from videos, using simple APIs to more complex Azure tools. It was exciting to see teams creating UIs that were incredibly involved, interactive, with some even having animation.

A few teams even had some sophisticated hardware with them, such as the LED circle heat map that a team created to use in disaster relief situations to locate individuals lost in water, which used very simple code and did not require machine learning. There was another team that created a WiFi heat map that allowed you to see where in a room your connection would be the strongest. A specific emphasis was also placed on apps that aided in disaster relief due to the recent devastation by Hurricane Florence. One team created an app to find the safest evacuation routes in the event of a natural disaster, another found the fastest way to find shelter, and one team even created an app to help cut out the middleman of charities during a natural disaster to allow your social media connections to directly provide food, clothing, or shelter to those in need. It was truly spectacular to see the breadth of apps that were created. It gave us a lot of hope for the next generation and their dedication to humanitarian efforts.

During Chander’s time in Boston he served as a mentor for the students throughout the weekend and responded to tickets at all hours of the day. These tickets corresponded to groups who had anywhere from four-seven minutes to get Chander’s assistance with a number of problems they could come across, some causing roadblocks for two-three hours at a time, which can be a huge setback for a team with only 24 hours to complete its task. Chander’s 30 years of experience as a developer and architect who has helped top Fortune 500 companies came in handy in understanding a variety of complex systems at an advanced level. He helped students on a variety of languages and frameworks, including Python, Angular, Azure, Vision APi, Cognitive Services, C#, Docker, Node.JS, Unity, Augmented Reality Technologies, Cosmos DB, Tensorflow, and Neural Networks. The key to being an efficient judge was finding the right people to ask, asking pointed questions, and doing it quickly, because with a hackathon, time is of the essence! 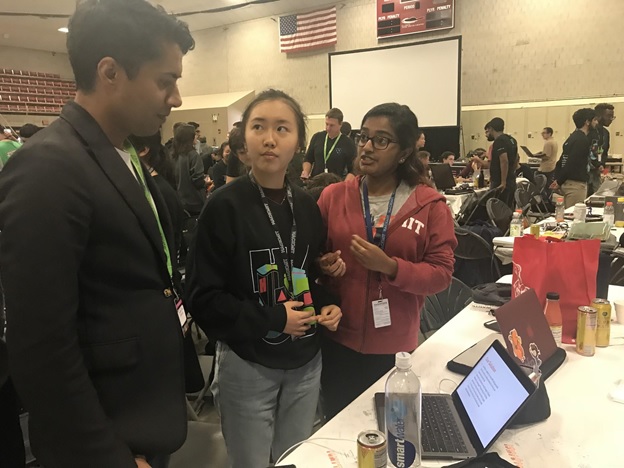 The most admirable part of the experience of working with the teams was their ability not to panic. Most, if not all, teams were able to stay calm and collected through even the most major roadblocks, and working professionally with their teammates and mentors that assisted them. Chander saw a lot of great potential in that room, noting specifically a developer that wrote over 2,000 lines of JavaScript code and was able to use Python to adjust his code on the fly at Chander’s request.

At the end of a weekend, the team that won had created an interactive journaling experience using Lotus and Azure. The app prompts you with questions and options to insert digital media while journaling, creating a more engaged and thoughtful experience. There were a total of 36 prizes given out by the event as well as the sponsors.

Chander was thoroughly impressed by the outstanding diversity at the hackathon with students coming from all over the world’s leading universities and seeing great coders from schools like Princeton, Cambridge, and Berkeley in addition to MIT. Overall, Dhall was incredibly honored to be invited to be a part of the event and couldn’t believe how fast the weekend flew by. The atmosphere in that room was electric; seeing the brilliant minds of the young tech world work together to create something that can better us as a society makes attending these hackathons extremely worthwhile.

Dhall is already looking forward to going to the next hackathons at Harvard and UT Austin. He feels grateful at times like this to be able to guide the incoming community of coders and tech professionals into an ever evolving and competitive industry that he has devoted his life to.